We're your one-stop-shop for all your
bud trimmer rentals.
Call us now and lock in your rental dates!

Demos are available for any machine

All of our bud trimmer rentals are cleaned, maintained, and ready to trim.

All of our rentals are cleaned, maintained, and ready to trim.

All of our rental machines are cleaned, maintained, and ready to trim.

The Trimmer Store St. Louis offers a seamless process for bud trimmer rentals to help you make the most of harvest season. We provide clean equipment that is in good repair and ready to use. Here’s what you can expect from us when you rent a trimmer or bucker.

Pick Up: When you schedule your pickup, you can select a time between 10 a.m. and 2:30 p.m. from Monday through Saturday. We may be able to schedule a pickup on Sunday, but be aware that we close at noon.

Upon pickup, you will need to bring the following:

Please note that we accept all major credit and debit cards as well as cash. We do not accept checks.

Here’s some more info about booking. If you’re booking for 7 days or more, we require payment in full before we can release the machines.

If you’re booking for 6 days or fewer, we ask for a deposit that’s equal to half of your total rental cost.

Keep in mind that all deposits are nonrefundable during the outdoor season if you cancel and don’t contact us beforehand.

The Trimmer Store St. Louis will always give you the 7th day on your bud trimmer or bucker for FREE.

We will help you figure out how much horsepower you need for your harvest. Another option is to buy new or used machines from us and get 15% off parts and labor for the life of the equipment.

Drop Off: When you rent bud trimmers, the drop-off time is always 9 a.m. the following day. If you return your machines after the drop-off time, you will be responsible for a $50 late fee and $50 for every hour thereafter.

If you do not return your machines by the end of the day, there will be an additional charge of $250 along with existing late fees. The reason for this strict scheduling is that we need to be able to clean the machines and get them ready for the next customer.

WARNING: If we don’t receive the machines by the end of our business day at 3 p.m., we will presume the machine has been stolen and report its theft to the police.

Pickup & Delivery: The Trimmer Store St. Louis can work with you on delivery options if that works best for you. We can make local deliveries and pick up for a flat fee of $100 round-trip.

If you’re located outside the greater St. Louis, MO, area, there will be an additional cost of $1 per mile.

Outdoor Season: We strongly recommend booking as far in advance as possible. Outdoor grow season runs from September 15th to November 15th, and all of our machines are in high demand. We cannot guarantee discounts or sales during those two months.
If you have any questions, please reach out to one of our harvesting experts via chat, email, or phone.

Whether you are a small-scale home grower or the owner of a large commercial operation, we will help you find the perfect equipment.

The expert team at the Trimmer Store St. Louis has helped thousands of commercial growers optimize their harvests since 2011. We’ve spent the last 10 years finding out which machines work and which ones aren’t worth your time.

We rent only bud trimmers and buckers that have been thoroughly tested by our crack team of harvesting professionals.

You can rent a bud trimmer for $250 per day. We have wet and dry options and can give you a demo for any machine you’d like to see in action.

When you call us to make an appointment, let us know whether you need wet or dry harvesting equipment. We would also like to know the size of your existing harvest crew and how many pounds you would like to process per day.

We’ll set up a time to meet, and all you need to do is bring in a small sample of your product (however much you are legally allowed to carry, according to your grower’s license).

Furthermore, we’ll have a conversation and match you with the best machine for your needs.

Please note that if you’re planning to trim dry, your flower needs to register between 7% and 9% moisture. 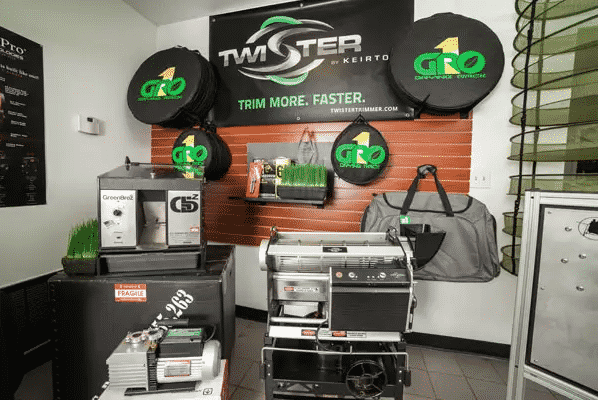 You can also buy new equipment or ask about our fleet of used machines. We offer our customers a 15% discount on parts, cleaning, and labor for the entire life of the machine. We’ll also give you one free hour of consulting to make sure you’re getting the right equipment.

We’ve got you covered for wet or dry harvesting, automatic and manual. If you need to save your trim, we can do that, too. We offer a full range of trimming accessories and have 10 years of experience helping growers maximize their harvest.

Maintenance - We Service and Clean All Brands 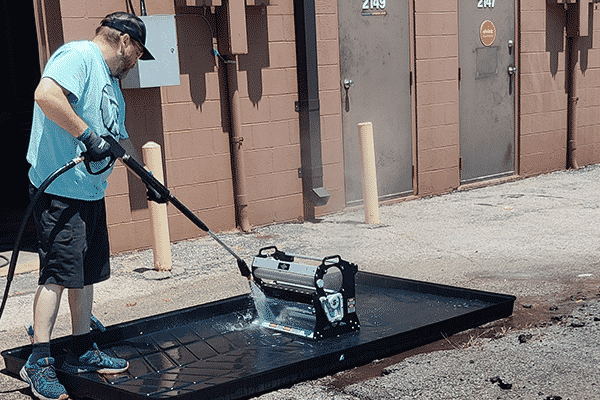 Every minute you lose during harvest season adds up. If you think your bud trimmer or bucker isn’t running at peak performance, give us a quick call.

We can get you new parts and do deep cleanings in record time. Remember, if you buy your trimmer from us, you will get 15% off parts, maintenance, and labor for the life of the machine.

Need a lift? We can pick up and drop off your machines.

The sooner you schedule, the better. The busiest part of the year will be here before you know it!

When it comes to maintaining your trimmers, the best offense is a good defense. It’s best to have your machines deep-cleaned at least once per year to avoid breakdowns and worn-out parts.

We would prefer to schedule in advance but may be able to handle urgent repairs. 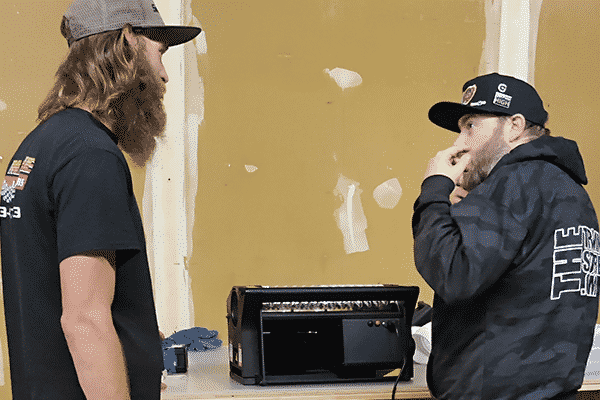 While we have years of experience with cleaning and maintaining machines, we are also business owners with a knack for driving expansion. We offer comprehensive business development services in a variety of areas.

If you’d like to pick our brains, you’ve got two options. Your first option is to meet with us at our store and get an in-person consultation. It costs $60 per hour and includes equipment demos, moisture level verification, and a flower density check.

We’ve got a lot of tricks up our sleeves, so it may take several hours to develop a comprehensive business plan. It’s up to you how often you’d like to meet with us, and we can work with your schedule.

Give us your vision for your company, and we’ll help you address any potential problem areas. Need to hire and train new harvest team members? We can help with that as well.

The Trimmer Store St. Louis is all about providing leadership to leaders. You can ask us anything, and we’ll get you exactly where you need to go.

Your other option for consulting services is to have us visit you at work and audit your operations from top to bottom. This option costs $100 per hour and includes checking equipment setup, trim crew work habits, and your drying process.

We will help with everything from setting harvesting goals to managing employee retention. This way, you won’t have to retrain a brand-new team every harvesting season.

We want to save you as much money as possible, and we’re happy to lend a hand.

Consulting - We Offer Consulting Services to Businesses of Any Size

Get notified about new equipment and accessories!

have a question? contact us now!
About St. Louis, Missouri

Hold onto your Clydesdale horses because St. Louis, Missouri, will knock your socks off! It’s the birthplace of everything from 7UP® to ice cream cones and has been wowing visitors for more than 200 years.

Founded by a small group of French fur traders in 1764 and named after French King Louis IX, St. Louis started off as a humble village of 3,000 residents. It has since grown to become a thriving metropolitan area of almost 3 million, nestled between the Mississippi and Missouri rivers.

Sweeping river vistas are just one reason St. Louis is often called the Gateway to the West. In the 1800s, the city was a staging point for settlers and merchants making their way out to the Old West.

The people of St. Louis also seem to have a knack for invention. In 1904, St. Louis hosted the World’s Fair, a dazzling showcase of futuristic technology. In addition to ice cream cones and 7UP®, the 1904 World’s Fair gave us hamburgers, hot dogs, children’s shoes, and the X-ray machine.

St. Louis is still making waves today. It has the only museum in the world dedicated to man’s best friend. The American Kennel Club Museum of the Dog welcomes visitors and offers tours and public programs 5 days per week.

If you’re feeling adventurous, take a trip to the Gateway Arch. It’s the tallest monument in the country, and tourists can take an elevator to the top and see for 25 miles or more on a clear day.

One of the best things about St. Louis is that so many downtown attractions are free. The history museum, world-renowned zoo, science center, and art museum are all free for tourists and locals alike.
Whiskey aficionados should also take some time to check out some 55 distilleries in the greater St. Louis area.

St. Louis also holds its own when it comes to microbreweries, with 35 outfits in town brewing outstanding small-batch beer.

Whether you’re taking in a Cardinal’s baseball game or getting up close and personal with the Anheuser-Busch Clydesdale’s at Grant’s Farm, you’ll never run out of entertainment in St. Louis, Missouri.

From St. Louis Lambert International Airport (STL), get onto I-70 W.

Call us today at 1-314-207-3789 or chat live with our experts online to ask about our quality bud trimmer rentals.

Also, check us out on Yelp and join us on social media!

Get directions to our store here

PLEASE NOTE: WE DO NOT ACCEPT CHECKS